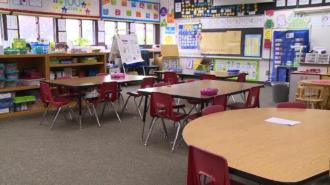 There is a strong correlation between the amount of time that K-12 students spend out of school for disciplinary reasons, and the likelihood of them ending up in the correctional system. This concept, known as the school to prison pipeline, is heavily present in the lives of black and brown students that are subject to harsh disciplinary action more so than their white counterparts.[1]

Until 2016, the Michigan education system was known for its zero-tolerance policies.[2] Zero tolerance led at least twelve Michigan school districts to over-suspend students of color.[3] Under these policies, school boards had no discretion over the disciplinary action taken towards a student that brought a dangerous weapon to school, engaged in criminal sexual conduct, committed arson, or physically assaulted a staff member or school volunteer. Rather, if a student engaged in any of these behaviors, they were subject to mandatory expulsion, where no other public school in the district would be required to accept them as a new student.[4] This left many young people of color in an extremely vulnerable position, as there is a greater chance that they will become disengaged in their education, and become involved in activities that can lead to incarceration.[5]

In an effort to use a more holistic approach in K-12 discipline, Michigan representatives introduced Public Act No. 360[6] in 2016. The act “creates a rebuttable presumption that a suspension of 10 days or more and/or an expulsion”[7] is unjustified unless seven factors are considered. These factors include a student’s age, disciplinary history, learning and/or emotional disabilities, the seriousness of behavior, whether the behavior posed a safety risk, whether restorative practices had been already utilized, and whether a lesser intervention would address the behavior.[8] The act went into effect August 1, 2017.[9]

While the policy is well intentioned, it should enhanced so that the process for seven-factor consideration is more thorough. This would result in better collaboration between families and schools in finding alternatives to expulsion.

Statistics for expulsions throughout Michigan for the 2017-2018 school year have not yet been compiled. However, the Student Rights Project (SRP) does work that provides insight as to how the new disciplinary policy is implemented throughout Southeastern Michigan. SRP is an interdisciplinary organization situated at the University of Michigan. Education, social work, and law students work in teams to serve as advocates for the student in disciplinary hearings.

A constant hurdle for SRP advocates is navigating the process that each school district uses when considering the seven factors in disciplinary hearings. On numerous occasions, advocates have witnessed school board members fail to mention the seven factors when offering their reasoning behind the decision to expel a student. In fact, many advocates have shared that the seven factors aren’t mentioned nor discussed unless the advocates themselves bring them up in their advocacy efforts. Though we do not yet have the numerical trends in expulsion for the 2017-2018 school year in Michigan, it is alarming that SRP advocates have not witnessed a noticeable difference in disciplinary hearings since the new policy was enacted.

Public Act No. 360 can be greatly improved if it contained guidelines as to how school districts consider the seven factors. Though the process should not be too standardized as to preserve the holistic approach of reviewing each student, additional components that increase school districts’ accountability in the process can be extremely beneficial.

Accountability can be increased by the use of a worksheet in school disciplinary hearings throughout Michigan. This worksheet could entail guiding questions and items to reflect upon when considering how the seven factors present in the student’s circumstances. For example, it could require school administrators to document the restorative practices that were considered, as well as why the practices may or may not be appropriate. The worksheet could also require the signature of a parent or guardian, the school administrators, as well as the school board members. This would ensure that everyone involved has a common understanding of the infraction, the remedies, and most importantly, the student’s background.

This sort of documentation, along with the signatures of key figures, will offer transparency about the process, and make appeals to keep students in school easier for families. By adding a means for measuring accountability, school board members will have incentive to offer substantive consideration as to a student’s entire experience with any sort of trauma, problems in the home, and possible learning and emotional disabilities, thereby putting in greater effort to ensure that students stay in school and out of prison.

[2] Jennifer Guerra, “Michigan has one of the harshest school discipline laws in the country, but not for long,” Michigan Radio, June 13, 20017, http://www.michiganradio.org/post/michigan-has-one-harshest-school-discipline-laws-country-not-long