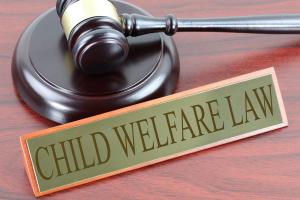 Last term, I discussed how white supremacy animates the child welfare system’s aggressive push to terminate the bond between a parent and their child permanently through a child protection process known as the termination of parental rights.[i] This post argues that Lassiter v. Department of Social Services, a decision denying parents access to counsel in termination of parental rights proceedings, is a key component of this white supremacist system that must be undone. Lassiter’s demise and replacement would promote stronger protections for all families involved in termination proceedings. However, families of color would receive the greatest benefit of appointed counsel given their massive overrepresentation in the child welfare system and given they are less likely to have lawyers due to lower socio-economic status.[ii] This post reviews two avenues for working around Lassiter: a federal statute mandating appointment of counsel, and/or a statute directly challenging Lassiter. Ultimately, the best plan of attack is to do both and vindicate the rights of families of color.

Part II: The Current State of Access to Counsel

In 1981, the United States Supreme Court held that parents were not entitled to counsel in termination cases, i.e. the cases where a parent could permanently lose custody of child, under the Due Process Clause of the Fourteenth Amendment.[iii] Congress never enacted a federal law guaranteeing access to counsel after the Lassiter decision.[iv] This lack of federal guidance leaves parent’s access to counsel in these cases to the whims of states. For example, the patchwork of laws means that a parent in New York receives court-appointed counsel early in termination proceedings while a parent in Mississippi receives no court-appointed counsel in equivalent proceedings.[v] Without counsel, parents of color, already disproportionately targeted by the system for separation, end up involved more deeply in a system bent on tearing their families apart and reinforcing inequality.[vi] Both Prof. Vivek Sankaran and I agree that the current system fails to vindicate the rights of parents and families of color.

Sankaran argues that the best way to move beyond Lassiter is to enact a federal statutory right to counsel, as the title of his article implies.[vii] Sankaran argues this route because Lassiter is binding precedent and there is “no reason to believe [it] will change anytime soon.”[viii] While I do not disagree with Sankaran’s analysis, I believe that a multi-pronged approach that simultaneously promotes a federal statutory right to counsel and directly challenges Lassiter is the best option. Below is a roadmap for challenging Lassiter’s constitutional underpinnings:

Typically, a party is limited in directly challenging previously decided issues due to stare decisis, though this principle is certainly not an “inexorable command” in constitutional law.[ix] A challenger can convince a court not to apply stare decisis and to overturn the original decision either by showing that the original decision was “virtually foreordained” to be overturned or that overturning the original decision meets a “series of prudential and pragmatic” tests.[x] As Sankaran notes, there is little to suggest that the overturning of Lassiter is virtually foreordained.[xi] That leaves the series of prudential and pragmatic tests as described in Casey.

The prudential and pragmatic tests in Casey are four-fold:[xii]

As the Casey plurality notes, each reason alone is sufficient to warrant overturning previous decisions.[xiii] For the purposes of this article, I focus on the strongest argument in favor of overturning Lassiter: the rule announced in the decision is “no more than a remnant of abandoned doctrine,” which leaves the decision on weak ground.[xiv]

Subsequent decisions by the United States Supreme Court undermined Lassiter. In Casey, the court held that a decision could be reversed if the constitutional thinking that produced has been either “implicitly or explicitly left behind.”[xv] The constitutional underpinning of Lassiter is the three-part Matthews v. Eldridge test, which requires courts to balance the parents’ liberty interests, the state’s interest, and the risk of erroneous decisions terminating parental rights, to decide whether to appoint counsel for parents.[xvi] In summarizing its analysis of each Eldridge factor, the court noted:[xvii]

The parent’s interest is an extremely important one; the State shares with the parent an interest in a correct decision, has a relatively weak pecuniary interest, and, in some but not all cases, has a possibly stronger interest in informal procedures; and the complexity of the proceeding and the incapacity of the uncounseled parent could make the risk of an erroneous deprivation of the parent’s rights insupportably high.

After Lassiter, the Supreme Court described the liberty interest in the relationship between parents and children more strongly in Santosky v. Kramer and Troxel v. Granville. In Santosky, the court explained: “The fundamental liberty interest of natural parents in the care, custody, and management of their child does not evaporate simply because they have not been model parents.”[xviii] In Troxel v. Granville, the court stated: “The liberty interest at issue—the interest of parents in the care, custody, and control of their children—is perhaps the oldest of the fundamental liberty interests recognized by this Court.”[xix] In Troxel, the Court also covered 75 years of precedent on how a parents’ relationship with their child is a key substantive liberty interest.[xx] Santosky and Troxel suggest that the Supreme Court considers the relationship between children and parents to be more important than the language in Lassiter would suggest.

This analysis fundamentally changes the balance between the Eldridge factors in favor of parents by giving more weight to the parents’ rights. Indeed, the Lassiter court itself said: “If, in a given case, the parent’s interests were at their strongest, the State’s interests were at their weakest, and the risks of error were at their peak, it could be said that the Eldridge factors overcome the presumption against the right to appointed counsel, and that due process required the appointment of counsel.”[xxi] However, Santosky and Troxel show us that a parent’s interests in the welfare of their child is always strong because it is a fundamental liberty interest, and not one that should be evaluated on a case by case basis. Thus, Lassiter needs to be re-evaluated and overturned in light of the contradictory pro-parent opinions in Santosky and Troxel. Reconciling these decisions is one of the most important tasks in vindicating the rights of families of color.

[v] Sankaran, Vivek. “Moving Beyond Lassiter: The Need for a Federal Statutory Right to Counsel for Parents in Child Welfare Cases.” J. Legis. 44, no. 1 (2017).

[vii] Sankaran, Vivek. “Moving Beyond Lassiter: The Need for a Federal Statutory Right to Counsel for Parents in Child Welfare Cases.” J. Legis. 44, no. 1 (2017).