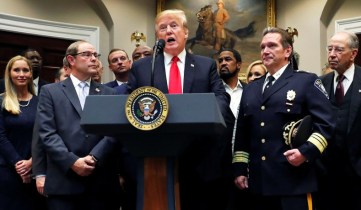 These tangible changes demonstrate that parts of the First Step Act are a push in the right direction for criminal justice reform. After all, this year the collective changes outlined in the Act are expected to reduce the sentences of more than 9,000 people currently serving time. Yet critics of the Act point out that this impact is nominal. Not only will this Act impact less than 5% of the federal prison population, which now exceeds 180,000,[2] the Act will also only impact those serving time in federal prisons, when in fact more than 88% of the nation’s prison population is serving time in the state system.[3] And rather than demonstrating laudable progress, some parts of the Act demonstrate just how fundamentally flawed the policies that were previously in place were. For example, the Act prohibits the shackling of women during childbirth and prior to the completion of postpartum recovery, mandates that the Bureau of Prisons make tampons and sanitary napkins available to women in prison for free, and requires that efforts are made to place individuals within 500 driving miles of their primary residence.[4] While all of these changes demonstrate a degree of progress, they also bring to light how damaging many of the Bureau of Prisons policies have been in the past.

Moreover, many experts in the field of criminal justice reform posit that the First Step Act does more long-term harm than good. After all, the Act is narrowly focused and may create an illusion of reform that in turn hinders the progress of greater change. Perhaps most significantly, the Act does nothing to help those convicted of violent crimes reduce their sentences.[5] Rather, individuals convicted of violent crimes are prevented from reducing their sentences through participation in the reform programs that the Act posits are an essential component of true criminal justice reform.[6] In doing so, the Act perpetuates the narrative that individuals convicted of certain offenses should be excluded from any reform efforts that would assist them in reintegrating into their communities upon release. Such a stigma is not only socially damaging, it is based on assumptions that are patently false. In fact, people that are convicted of murder and after serving time are paroled are the group of people least likely to commit even a minor infraction. Their recidivism rate is roughly 1%.[7] Additionally, the Act will rely on an algorithm to determine who will be eligible for release due to an expansion in the “good time credits” program. Yet these algorithms have been known to perpetuate racial disparities in the criminal justice system. For example, one study on racial bias in these algorithms found that black defendants were incorrectly labeled as high risk at twice the rate as white defendants, and white defendants were in actuality far more likely to be charged with new offenses after release in comparison to black defendants with comparable algorithm scores.[8] Thus, expanding the Bureau of Prisons reliance on algorithms may perpetuate discriminatory practices in the system.

Still, the fact that an ever-divided Congress was able to pass a bipartisan bill cannot be ignored. Yet, in order for the First Step Act to be an effective step forward in criminal justice reform efforts, it must be followed by concerted efforts to take second, third, and fourth steps. Some argue that next steps should focus on compassionate release for elderly prisoners under the pending GRACE Act.[9] Others contend that the next reform efforts should move the top official in the Federal Bureau of Prisons to a presidential appointee rather than an appointee of the Attorney General, which could help ensure that the Bureau of Prisons complies with the programming outlined in the First Step Act.[10] Still others argue that next steps need to focus on re-entry efforts that could help ensure that those released via the First Step Act are able to succeed in their communities.[11]

Additionally, given that so much of the national prison population is housed in state prisons it may be wise for the federal system to take note of how the state system has concentrated their reform efforts. At the state level, much of the focus has been on eliminating the repercussions that come with carrying a criminal record upon release. In Pennsylvania, the recent “Clean Slate Law” requires sealing misdemeanor records once a person has been free from offenses for ten years.[12] In South Carolina, a measure passed in 2018 makes it easier for individuals to expunge low-level and first-time criminal offenses from their records.[13] Similar efforts are being pushed forward in Colorado, Maryland, New Hampshire, and Oregon.[14] Thus, as we consider the long-term implications of the First Step Act, policymakers should recognize that there is much to be learned from efforts made at the state level to more comprehensively overhaul the criminal justice system.

In order for the First Step Act to have truly positive implications for criminal justice reform efforts, there will need to be a concerted effort to make this the first concrete step in a long journey of reform. While any movement may be considered good movement when it means sending people home earlier than was originally anticipated, the fear that passing such an act will lead to complacency is also valid. Therefore, the federal government must stay true to its promise, inherent in the title of the Act, and continue making strides to reform the criminal justice system.

[1] Ames Grawert and Tim Lau, How the FIRST STEP Act Became Law – and What Happens Next: The making of a historic criminal justice reform bill, Brennan Center for Justice (Jan. 4, 2019), https://www.brennancenter.org/blog/how-first-step-act-became-law-and-what-happens-next.