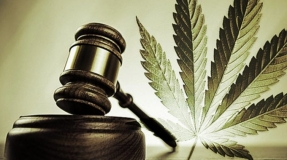 On November 6, 2018, 56% of Michigan voters supported the passage of Proposal One approving the legalization of recreational use and possession of marijuana by persons 21 and older.[1] Michigan is the tenth state in the United States, and the first state in the Midwest, to legalize the recreational use of marijuana.[2] The initiative is set to become law by November 26, 2018, according to Secretary of State spokesman Fred Woodhams.[3] Before Michigan residents ‘light up,’ however, caution is advised as marijuana is still an illegal substance under federal law.[4] This advice is particularly true for Black and Latinx people who will likely continue to face higher arrest rates for marijuana than white people after its legalization.[5]

As Michigan is the tenth state to legalize marijuana, some lessons can be learned from the experiences of previous states who passed similar legislation. Specifically, data collected from Colorado, Alaska, and Washington, D.C. helps answer the question; what does the passage of Proposal One mean for Michigan and its communities of color?

First, Michigan can expect the number of arrests for marijuana to dramatically decrease across all racial groups after its legalization.[6] In Colorado, for example, marijuana arrests decreased by 51% for white people, 33% for Latinx people, and 25% for Black people.[7] Similarly,  in Alaska, arrests for marijuana went down by 95% for white people and 92% for black people following its legalization.[8] A similar situation was found in Washington, D.C. where the total number of marijuana arrests declined by 83% in the first year after its decriminalization.[9]

Communities of color, however, will likely have less to celebrate as racial disparities have been shown to persist even after arrest rates lowered generally.[10] Studies have found that even when Black and Latinx people use and sell drugs at a similar rate to other racial groups, they are far more likely to be arrested and prosecuted after legalization as compared to their white peers.[11] As indicated above, Black Alaskans were ten times more likely to get arrested for marijuana than white Alaskans.[12] The same was found to be true for Black Colorado residents, who were three times more susceptible to a marijuana arrest than their white counterparts.[13]

While the passage of Proposal One  means that overall drug-related arrests will decrease, this change will likely impact Black and Latinx Michigan residents disproportionately.[14] As long as marijuana continues to be illegal under the federal government, communities of color should be cognizant that this pending state law will not immunize them from marijuana-related charges.[15] If data from other states is any indication, Black and Latinx people in Michigan will continue to be at significantly higher risk of prosecution and arrest for marijuana crimes well after its legalization on November 26th.[16][17]

Both groups saw big drops in marijuana arrests, but large racial disparities remain, (Jan. 29, 2018 at 8:50 AM), https://www.vox.com/policy-and-politics/2018/1/29/16936908/marijuana-legalization-racial-disparities-arrests (speaking about marijuana arrests rates after legalization, Lopez explains how “the findings also show the persistence of racial disparities in the criminal justice system. The disparities are not explained by differences in black and white marijuana use rates. Surveys show black and white Americans use cannabis at similar levels.”)

[11] Id; Also see German Lopez, After legalization, black people are still arrested at higher rates for marijuana than white people, Vox (Jan. 29, 2018 at 8:50 AM), https://www.vox.com/policy-and-politics/2018/1/29/16936908/marijuana-legalization-racial-disparities-arrests (“black people are still much more likely to be arrested for pot in comparison to white people”).

[15]See, E.g., Kathleen Gray, Michiganders can still be arrested for marijuana after Proposal 1, Detroit Free Press, (Nov. 8, 2018 at 5:32 PM), https://www.freep.com/story/news/marijuana/2018/11/08/marijuana-michigan-legalization/1930288002/. (“Matthew Schneider and Andrew Birge, the U.S. Attorneys for the Eastern and Western Districts of Michigan, said in a statement Thursday morning that ‘we will not unilaterally immunize anyone from prosecution for violating federal laws simply because of the passage of Proposal One.’“)

[16] See, E.g., Drug Policy Alliance, supra note 8. (the study found that after marijuana was legalized in Colorado, white people “benefited most from the declines in marijuana arrests.” The same was found to be true in Arizona and Washington, D.C.)