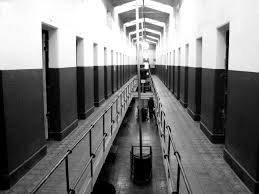 Currently, the doctrine surrounding reproductive healthcare, primarily abortion, does not account for women’s social contexts and allows restrictions that keep minority and indigent women from enjoying equal protection of the laws. It comes as no surprise that indigent women face severe restrictions when trying to access abortion. Incarcerated women, however, face even greater hurdles.

Today, prisons and jails in the United States confine approximately 206,000 women.[1] Approximately 6-10% of women are already pregnant when they enter a prison or jail.[2] Doctor visits for pregnant women in prison are infrequent, with only 54% of women who reported being pregnant in state prisons receiving pregnancy care.[3]

A woman’s right to decide whether to bear a child falls within the scope of bodily autonomy and privacy protected under the Fourteenth Amendment of the Constitution.[4] Since this principle was established in Roe, the court has held that laws that restrict abortion access cannot create an “undue burden,” or these laws cannot place a “substantial obstacle in the path of a woman seeking an abortion of a non-viable fetus.”[5] This line of cases defines a general constitutional right to abortion, but there is another legal rubric by which these protections apply to incarcerated women.[6]

Women do not lose their right to have an abortion if incarcerated. There are, however, concerns in the reproductive and criminal justice communities about incarcerated women knowing they can access an abortion.[7] When determining whether women know to exert their right to an abortion, advocates consider whether women know they have the right, rather than just assume that right has been taken away from them now that they are incarcerated.[8] Additionally, prisons and jails do not provide abortion care in-house. This means inmates must be transported to receive an abortion. The logistics associated with getting an inmate off-site for an abortion can create further obstacles:

“If the nurse giving her information has a bias against abortion, she might just say, ‘We are going to sign you up to see a doctor and not mention that abortion is a possibility.” “Even if a woman says, ‘I don’t think I want to have this baby,’ the nurse might say, ‘Well, we don’t do that here — you can’t have an abortion.’ It is incumbent on the woman to go ask somebody else. She has to be really determined if she decides an abortion is what she wants.”[9]

Polices on abortion access for inmates usually involve inmates only being allowed to obtain an abortion with a court order authorizing a temporary release or a transport by jail security.[10] Courts rely on the Turner[11] standard to assess whether the challenged polices violate a woman’s right to abortion under the Fourteenth Amendment. Incarcerated women also have an Eighth amendment right to medical care but the Eighth Amendment claim has not been well supported in the courts.

The debate over funding for abortions so that indigent women are better able to access the procedure captures a problem with the efficacy of a negative rights regime to help minority and low-income women. When abortion exists as a negative right, rooted in notions of autonomy, a broad set of circumstances can satisfy the existence of that right, even when those circumstances make it dangerously difficult for a woman to get an abortion.[12] The Court’s current conception of the right to abortion follows a liberal rights rhetoric that does not capture the nuanced, social and political factors that account for some people having more agency or autonomy than others. The reasoning that everyone has a choice, unimpeded by the government, barring some restrictions, to live as they please ignores the stark reality that minorities and America’s poor face structural impediments to exert their rights.[13]

“Poor women take up to three weeks longer than other women to obtain an abortion.

Little wonder that, according to a 2004 Guttmacher study published in Contraception, 67% of poor women having an abortion say they would have preferred to have had the abortion earlier. . . . Moreover, other research shows that poor women who are able to raise the money needed for an abortion often do so at great sacrifice to themselves and their families. Studies show that women are forced to divert money meant for rent, utility bills, food or clothing for themselves and their children.”