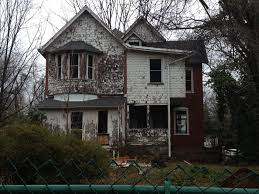 The governmental power of eminent domain has deep roots in the Anglo-American legal tradition. Early English law held that the power to expropriate land was inherent in the Crown’s sovereign authority.[1] As an element of the Crown’s sovereignty, this power was essentially limitless – the King or Queen could take land without compensation, as William I did following the Norman Conquest.[2] The requirement that compensation be paid developed as the absolute power of the Crown waned.[3] This legal doctrine was little altered in the early years of the United States. The Michigan Constitution of 1835 contains no affirmative grant of the power to use eminent domain, only the requirement that property could not be taken “without just compensation therefor.”[4] The fact that the power of eminent domain inhered in the residual sovereignty of the states was endorsed by the U.S. Supreme Court in 1878.[5]

With the state government’s power to take property via eminent domain well established, policy disputes about how to best limit the power predominated. The Michigan Constitution of 1908 sought to limit eminent domain by requiring that the necessity of the taking be confirmed by a jury of local citizens.[6] However, the concern for property rights evinced by this provision was not applied to all citizens equally. As postwar Detroit boomed, the city government planned massive urban renewal projects, including massive freeway construction. The costs of this urban renewal initiative were borne almost exclusively by black Detroiters, with black neighborhoods like Paradise Valley essentially destroyed.[7] Aside from the planned destruction of black communities, the urban renewal projects were devastating to the emerging black middle class, as property owners were left with houses they couldn’t sell, and moving was difficult, as compensation would only be paid once the property was actually condemned, which could be years after the announcement of the planned clearance.[8]

City planners enjoyed wide latitude to use eminent domain in the 1950s. The statute that authorized municipal use of eminent domain allowed the city to identify a blight area, and then condemn all property in the “blighted” zone regardless of the whether the particular property was blighted or not.[9] This extremely broad power of eminent domain was endorsed by the Michigan Supreme Court in 1951.[10] The Court held both that non-blighted property could be condemned, and that such property could then be transferred to other private parties, as the future sale of the property was incidental to the city’s “controlling purpose” of blight removal.[11]

The scope of Michigan municipalities power to condemn property through eminent domain reached its apogee in 1981, when the Michigan Supreme Court upheld the condemnation of Detroit’s Poletown neighborhood.[12] The city wanted to condemn the area to transfer it to General Motors, in hopes that the construction of a new car factory would boost the city’s dire economy.[13] The Court held that even though the property was being transferred to a single, private party the condemnations still served a public purpose, as it would boost the local economy.[14] The optics of the city’s destruction of an entire neighborhood in the pursuit of vague economic benefits began to turn public opinion against the state’s expansive interpretation of the power of eminent domain.[15]

The Michigan Supreme Court overruled Poletown in its 2004 decision in County of Wayne v. Hathcock.[16] Hathcock concerned the planned condemnation of properties near Detroit Metro Airport for the construction of a business park.[17] The Hathcock Court overruled Poletown, and held that economic development was not a public purpose under the Michigan Constitution as it was understood when ratified in 1961.[18] Following the U.S. Supreme Court’s 2005 endorsement of economic development as a public purpose in Kelo,[19] Michigan voted in 2006 to incorporate the Hathcock decision into the Michigan Constitution.[20] The constitutional amendment placed strict limitations on the use of eminent domain where the property would be transferred to a private owner, expressly declaring that economic development was not a public use.[21] The rules applying to blighted property were also altered. No longer could an area be deemed blighted – every property to be condemned had to be proved blighted by clear and convincing evidence.[22]

While the history of the use of eminent domain in Michigan clearly shows that limits on the government’s power are warranted, and that the costs of urban renewal are borne most heavily by minority neighborhoods, the limitations imposed by the 2006 constitutional amendment may have gone too far. Detroit’s comeback is seriously hampered by the fact that the city has no effective means of eliminating blight, as each blighted parcel of land must be proceeded against individually, and the presence of one non-blighted parcel in a blighted area can prevent redevelopment. This a particular problem as property in Detroit is being bought up by out-of-town, or overseas, investors who are drawn by low prices and the prospect of a big pay off.[23] This creates a perverse incentive, as these investors can sit on their undeveloped property in the hope that someone will want it for a nearby development, and pay them far more than they bought it for. To balance the need for strict limits on the powers of municipalities to condemn property and transfer it to private owners against the necessity to free up land in Detroit for redevelopment, the Michigan Constitution should be amended again, so that the “not for economic development” clause applies only to property that is a residence or a place of business.[24] This would allow Detroit to combat the practice of absentee landlords sitting on property in hopes of it gaining value, while preventing the city from repeating the excesses of past urban renewal initiatives.

[3] Id., at 643 (citing early example of 1542 Act of Parliament that authorized compensation for condemned land).

[5] “The right of eminent domain…appertains to every independent government. It requires no constitutional recognition; it is an attribute of sovereignty.” Mississippi & Rum River Boom Co. v. Patterson, 98 U.S. 403, 406 (1878).