Last week, a shocking news story made headlines in the online news circuit. Kamilah Brock, a Black businesswoman living in New York City, was involuntarily committed to a mental institution by police after trying to reclaim her impounded BMW in September 2014. During the initial incident, Brock was pulled over for unclear reasons while driving her car and dancing to music, and then held at a New York City precinct for several hours before being released without charges.

When Brock returned the next evening to reclaim her car as police had instructed, she claims that police could not find her vehicle in their records and expressed disbelief that she owned a BMW. In order to combat their skepticism, Brock explained to the police that she is a banker and an entertainer who tweets with President Obama. According to the press release by Brock’s attorney, the police told Brock that she was “making them nervous with her ‘erratic’ behavior.”

Brock attempted to leave, but was handcuffed by police who allegedly insisted they would take her to her car. At that point, an astonished Brock was approached by EMS and transported to the psych ward of the Harlem Hospital where she was involuntarily committed and forcibly medicated (with sedatives and bipolar medication) for eight days. Brock claims that the only bases for her commitment and diagnosis with bipolar disorder were her (true) claims that she owns a BMW, is a banker, and that Barack Obama follows her on Twitter.

Brock filed a complaint seeking damages for wrongful treatment by the New York Police Department that detailed her experiences with the police and Harlem Hospital. In response, the city claimed that Brock had been “acting irrational, she spoke incoherently and inconsistently, and she ran into the middle of traffic on Eighth Ave.” Brock’s attorney stated that “the standard requirement for forcible commitment to a mental hospital is that the patient must exhibit a danger to herself or others. Hospital records show absolutely no violent behavior from Kamilah Brock or justification for her involuntary detainment.” 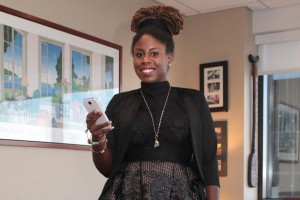 Many people are puzzled and outraged that this could happen in today’s America. Brock’s case raises a lot of questions. Was Brock stereotyped and discriminated against by law enforcement because she is a Black woman? By health professionals? Even if she was wrongfully committed, why did the healthcare professionals fail to realize that she was not mentally ill? Where in the system can breakdowns occur that could lead to the wrongful commitment of someone who is not mentally ill?

New York has an estimated 168,000 people with schizophrenia and 337,000 people with severe bipolar disorder out of a population of 15.3 million. While the aim of emergency and civil commitment laws is to help the mentally ill and protect both themselves and the public, these interests must be balanced against a person’s civil rights and the risk of wrongful commitment. Although the full facts of the case are unknown, it is worth taking a deeper look at the laws relating to emergency commitment in order to understand what could have gone wrong.

In accordance with New York’s Mental Hygiene Law, involuntary, emergency admission for up to 15 days can occur “based on the claim that the person has a mental illness which is likely to result in serious harm to self or others and for which immediate observation, care and treatment in a psychiatric center is appropriate.” Furthermore, “likelihood to result in serious harm” in the Emergency Standard is defined as

“1. substantial risk of physical harm to himself as manifested by threats of or attempts at suicide or serious bodily harm or other conduct demonstrating that he is dangerous to himself, or

It is clear that there is a potential for breakdown at the initial emergency admission stage. Often relied upon as first responders during mental health crises, police officers in most states, including New York, have the power to commit people to mental institutions without their consent. We should be concerned whether police officers in this case, or in general, are adequately trained to recognize the signs of mental illness. In addition, the Emergency Standard is subject to implicit biases of law enforcement who may misperceive behavior by a person of a different race or cultural background. Brock’s attorney stated that she became (rightly) impatient while waiting for the police to look for her car. Was Brock’s commitment informed by application of objective criteria, or by stereotypes about angry Black women?

Once the person is brought to the mental health facility, a staff physician must evaluate and confirm whether they are a danger to themself or others. Here too, there is a potential for breakdown. If a person is confused, upset, or unsure of what is happening to them, it is possible that they might display strange behavior. Another safeguard is the requirement that after the 48 hours a second physician (who must be a member of the psychiatric staff) confirms that the patient meets the Emergency Standard.

At this point, it is hard to imagine how the system could fail. Brock was injected with sedatives and medications to treat bipolar disorder (lithium and lorazepam) after she was admitted to Harlem Hospital. Some less common side effects of lithium include confusion, poor memory, or lack of awareness as well as fatigue and weakness. Thus, a health care provider could have trouble correctly diagnosing someone who had been both sedated and heavily medicated. Again, the cultural competency of the provider and their own implicit biases can enter in when they are evaluating a patient, especially with regard to the truthfulness of patient statements. In Brock’s case, providers allegedly did not believe her statements, which informed their bipolar disorder diagnosis.

According to the New York Office of Mental Health, a person has the right to object to treatment and have the decision reviewed by Office of Mental Health physicians and by a court. “[I]n an emergency,” however, one can be given treatment without their consent. Brock claims she was forcibly injected with medication and sedatives without her consent. It is unclear, however, whether she was informed of or understood her right to object, or whether that right was respected. It is equally unclear whether her case was classified as an emergency and the hospital was able to bypass her right to consent.

There are also certain safeguards for patients to be able to understand the process and know their rights, such as the requirement that patients be given a written notice of their status and rights as a patient upon admission, and that the patient or representative of the patient may in writing request a hearing, which, if requested, must be held within five days. It is unclear, however, whether these safeguards were followed here or whether a person who was forcibly sedated and medicated would be able to comprehend their rights and have the ability to request a hearing. It is also deeply concerning that a person can be held in a mental health center for up to five days without a court hearing (or fifteen days if the person does not request a hearing).*

Clearly, there are multiple points at which misdiagnosis could occur and racial biases could enter in. The ultimate question is, how can wrongful commitment be prevented?

For one, we should better train our mental health professionals to recognize bias when treating and diagnosing people from different racial, ethnic, and cultural backgrounds. In a recent study, therapists were twice as likely to misdiagnose mental illness when their patients were members of a disadvantaged group, compared to when patients were from an advantaged group. There has also been research that suggests Blacks and Whites differ in how they present symptoms of mental illness to medical professionals. Furthermore, academic experts in psychiatry addressing racial disparities in diagnosis have pointed out that “misdiagnosis due to a different cultural perspective of bizarreness is rather frequent.”

Negative consequences for diagnosis and treatment result when mental health professionals fail to consider the effects of racial and cultural stereotyping. We need more research, training, and attentiveness to differences in order to understand the intersection between mental health and race, ethnicity, and cultural background, and in order to prevent another Kamilah Brock story.